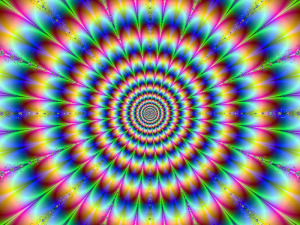 Hypnosis:  What It Is and Is No

THERE ARE MANY MISCONCEPTIONS ABOUT WHAT HYPNOSIS.  HERE ARE SOME OF THEM:

When you are in a hypnotic state you are aware and in control of everything going on around you – you are just in an uninhibited mind state.   In this state your critical conscious faculties are by-passed and your unconscious mind is opened to suggestions. Your unconscious mind is the one you dream with; it does not know the difference between what is real and what is not. So long as the suggestions are consistent with what the person wants then the suggestions will be followed.  This is why when you see a hypnotic stage show you see the people doing all kinds of crazy things like quacking like a duck or chasing aliens and it looks like they are totally out of control when they are actually in great control.  They are volunteers in a show and the suggestions just make sense to them at that time. It is also true that you can’t make someone do something that they are morally opposed to or that they really don’t want to do because it is only suggestion and not control.

Here is what the American Psychological Association stated on

How Does Hypnosis Work?

When you hear the word hypnotist, what comes to mind? If you’re like many people, the word may conjure up images of a sinister stage-villain who brings about a hypnotic state by swinging a pocket watch back and forth.

In reality, real hypnosis bears little resemblance to these stereotyped images. According to John Kihlstrom, “The hypnotist does not hypnotize the individual. Rather, the hypnotist serves as a sort of coach or tutor whose job is to help the person become hypnotized”2 While hypnosis is often described as a sleep-like trance state, it is better expressed as a state characterized by focused attention, heightened suggestibility and vivid fantasies.

What Effects Does Hypnosis Have?

The experience of hypnosis can vary dramatically from one person to another. Some hypnotized individuals report feeling a sense of detachment or extreme relaxation during the hypnotic state, while others even feel that their actions seem to occur outside of their conscious volition. Other individuals may remain fully aware and able to carry out conversations while under hypnosis.

What Can Hypnosis Be Used For?

The following are just a few of the applications for hypnosis that have been demonstrated with research:

Hypnosis therapy for anxiety, depression, confidence building and relaxation in a therapeutic setting may be the key unlocking healing resources and creating a new and healthier you. For more information please contact James at 403-382-7644 or email james@powerhypnotist.com